His play is Last Breath

Richard Talavera is a largely unknown writer, actor and director outside of the Latino theater community.

He is from the generation of theater artist that emerged after, Teatro Campesino with the same political agenda and process. What was called “critica /autocritica. Working with Teatro Latino, Teatro De la Esperanza, Tailspinner’s, and Oakland Public Theater to name a few, he has developed work based on oral tradition, improvisation, and Third World History.

At this time in his life he unpacking years of writing; prose, poetry and a hefty pile of plays. Imagining sometimes that he will uncover some jewel that needs to be developed. That is one aspect of his life at 69.

He has been fortunate to work on some on-line productions, “I am not sure how I I feel about them; wondering if they are theater at all.

Suddenly, I am under this tech umbrella with the best and the worst of everything. It is seductive and foreign. I should like to do more.”

Currently I am working again with Norman Gee’s Oakland Public Theater, and as a member of a playwright group. 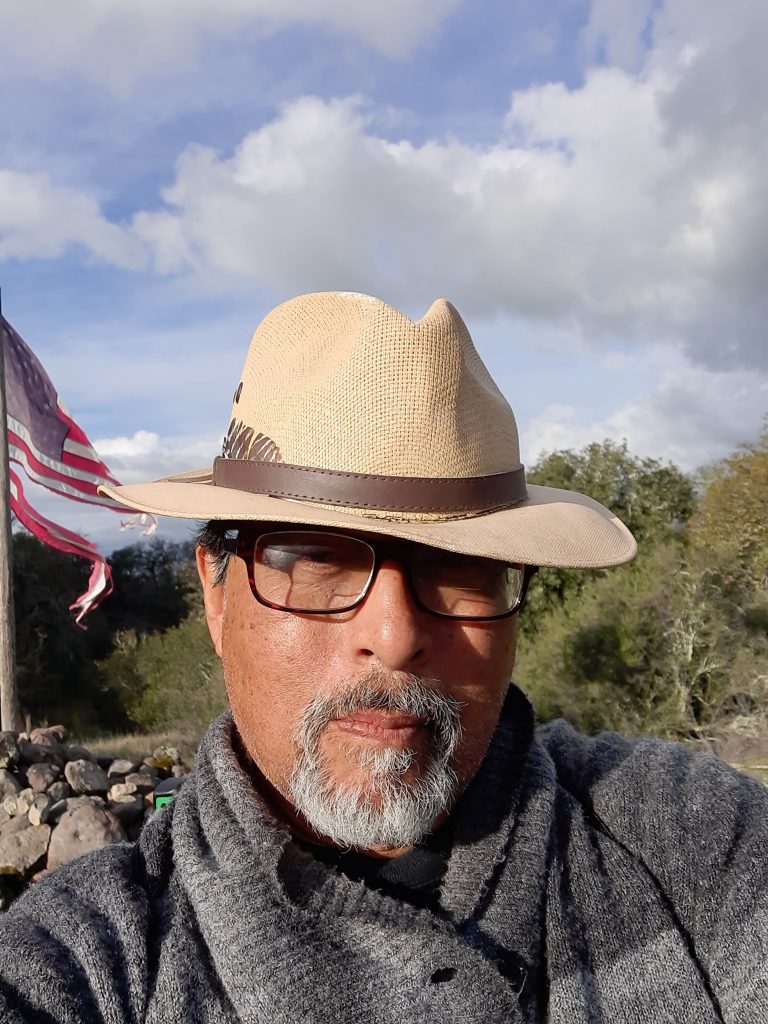