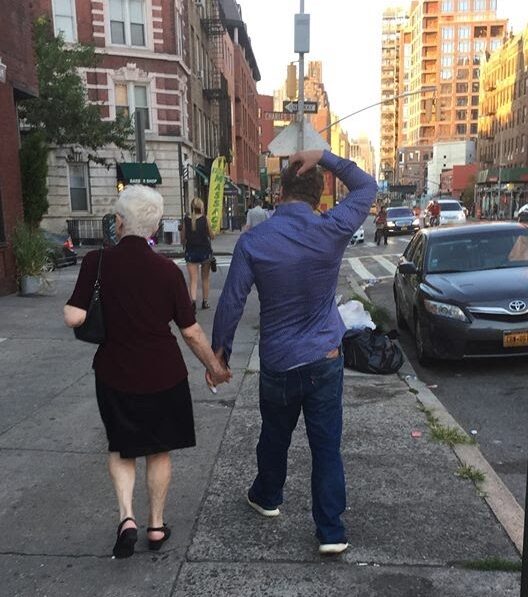 My first editor was my toughest. (and we always remember the toughest)

Filmmaker, Playwright, Composer, Director, Producer Roland Tec would now like to act. This summer he will perform his own Zoom solo play, A Nagging Feeling Best Not Ignored about the state of our democracy. For twelve years he served as Founding Artistic Director of New Opera Theatre Ensemble, which the Boston Globe called one of the city’s most daring artistic institutions. His film producer credits include Mira Nair’s Monsoon Wedding and Edward Zwick’s Defiance as well as two award-winning feature films he wrote, directed, produced and scored, All the Rage, considered a hallmark of the Queer Indie Film Movement of the late 1990s, and We Pedal Uphill, Tec’s portrait of post-9/11 America. Mr. Tec has taught at Brandeis and Harvard in their Music Departments and most recently for the Dramatists Guild Institute. In May of 2020, Tec founded the Hear Me Out Monologue Competition as a means of encouraging writers to explore the one form of theatre that Zoom could not degrade. Visit RolandTecTeaching.com and ExtraCriticum.com

I remember it like it was yesterday. It was the first day of fourth grade. I came home very excited by the innovative way in which my teacher, Ms. Danielson, had organized her classroom. In one back corner she’d placed a round oak table, low to the ground with about 5 chairs placed around it. To the casual observer it may have looked like a breakfast nook for 9-year-olds.

This, she explained, was The Writing Corner.

Our teacher explained that at any time during any day of the entire year if any of us wanted to we would be welcome to leave whatever project or discussion was occupying the class at that moment and instead take a seat at the writing table and just write. That option would be available to us for the entire year and it would never be questioned.

Implicit in the arrangement was an understanding that writing no matter what it was we were working on, would always be an excellent use of one’s time, so much so that it should be protected with a special status.

I thought this was just the coolest thing ever. And I was especially excited to share it with my Mom, the writer, as soon as I got home.

It was probably no more than a week or two after that when I found myself hard at work on my first writing assignment for my beloved Ms. Danielson. If Ms. Danielson had positioned herself in my view as a champion of writing and writers, I certainly wanted the first piece I turned in to be excellent.

I should mention that Ms. Danielson (never learned her first name so will probably never write it) was about 6 feet tall (or maybe 5’10” but by far the tallest woman I’d ever seen, wore colorful bell bottoms and/or leggings always paired with a mini skirt, thigh-high vinyl boots, big hoop earrings and had long long straight blond hair the color of straw that came down past her butt. And we knew this because frequently when she’d take her seat behind her desk she’d take a moment to slide one hand back to free her hair from its locked position between her skirt and the hard wooden chair she used. She had a warm but not quite pretty face. Her nose was a bit bulbous  and her eyebrows were severe but her eyes were sharp and when she looked at you you felt it immediately because she saw you. Every now and then I’d spot her watching a pair or trio of kids in conversation and a smile would play across her face. It was a private smile and it revealed two things about her — she had a great gift for finding the humor in things and she was a keen observer of us. She was also much younger than most of our other teachers, not necessarily in age, but in outlook. She seemed to possess a bottomless reservoir of curiosity. And her Brooklyn accent did not ingratiate her with some of the old guard who did things the way they had always been done and didn’t understand why this fashion plate with her mini skirts and thigh high boots needed to reinvent the wheel.

I’d worked pretty hard on this one-page piece of writing, the subject of which I don’t recall. Knowing that my mother was herself a writer of books and articles and such who drove into New York City three days a week to teach the students at Columbia University, I took my essay to her for an evaluation before turning it in to the person I was most anxious to impress.

I’m not sure exactly what I thought or expected when I’d asked Mom to read my piece. But clearly it was not what she delivered. When she called me to the kitchen table after dinner to tell me she’d read my piece and had just a few small suggestions for how I might make it stronger, I became enraged.  How dare she?! It was a beautiful piece and I’d spent almost an entire afternoon on it and poured my heart into it. How on earth could my mother, the person who’s supposed to love me more than anyone, how could she now be tearing it apart?

Not only that but I’d been really careful to write slowly so that it looked neat and filled the entire page top to bottom perfectly. Any change now would mean I’d have to re-write the entire thing.

I told her I was not going to change a word and ran up to my room and slammed the door.

Fortunately, it didn’t take too long for my natural curiosity to kick in as I found myself wondering about some of the suggestions I’d actually allowed myself to hear before my tantrum. And the next morning I got up early, bothered Mom again and rewrote the whole thing before breakfast.

It would be maybe two or three years later when I started caring enough about the things I was writing that I began to seek out Mom’s thoughtful feedback. And then, I suppose, having proved myself serious, she started running her chapters by me for comment. I always felt a deep responsibility to find any evidence of her having not been a native-born English speaker and eliminating it. I was proud of her accomplishments and I wanted to protect her from any prejudice as to the true value of her work as a result of the occasional misplaced have or had. My edits of her chapters often felt like a kind of second generation American’s answer to the struggles of the first.

Her reading of my work, on the other hand, was always exciting and frightening for her uncanny ability to understand immediately what my deepest intention might be and then pinpoint the one or two details that might be getting in my way. I often wrote with some sort of secret driving the entire piece, some hidden concept or question I was playing with. And I took pains to hide my true intention from the reader hoping, I suppose that in the end my reader might arrive at what I was thinking but on their own terms and in their own light. So it was particularly eerie how she always seemed to spot what I was trying to do. She often loved what I was going for and proved it by offering helpful ideas about how to make it sharper.

One day when my Dad was working on his first book, I witnessed them arguing a bit over some changes to one of his chapters she’d been suggesting. I could tell by the body language that she had no patience for his impatience and his unwillingness to do the work required to go the extra mile and he had no patience for people who didn’t understand that if the core of his ideas were brilliant (which, by the way, they often were) obsessing over a few misplaced commas was a distraction and a delay he could not afford.
It wasn’t until many years later that she confessed to me that most of the time when Dad had read one of her chapters he returned it with the same word scrawled across the top:

And for this little toss of charm and inattention in her general direction she was decidedly never grateful. Still, despite her show of frustration and impatience with a man who could never find time to carefully consider the details, there was no doubt in anyone’s mind that it also suited her just fine being married to a man who thought her every pronouncement and creation deserved the whole world’s attention.

And from that day forward I’ve always been just a little suspicious of anyone who having read a first draft of mine, returns it with nothing more than Wonderful!