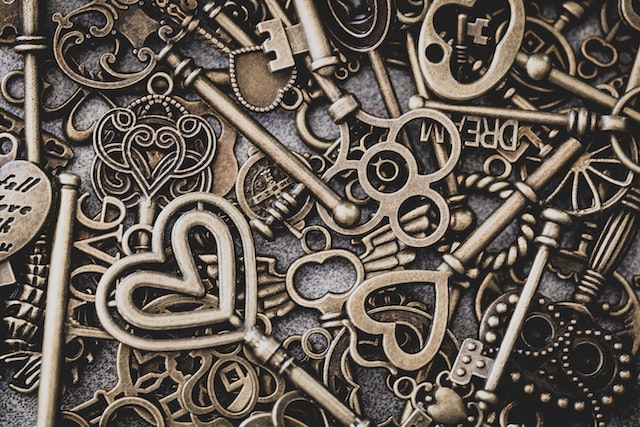 Meme bought me new shoes every fall. When I was 26 and going to my first teaching job, she bought me “school clothes”. When I was 28 and getting married, she took me shopping for lingerie. When I was 29 and divorcing, she bought me “cheering up” outfits. She always gave me $10 for gas and a bag of groceries when I showed up at her trailer. Before I left, she would scour her cupboards trying to find odd things for me to take home.

“Here honey, you take it. I’ll never use it. Do you like Vienna Sausages?”

Meme kept the wolf from my door.

Often while driving over to be with her, I would calculate approximately how many years we had left. I prayed that she would live to one hundred and one. I would send her picture in to Willard Scott, and we would see her on the Today Show. Willard would say,

“Rose Buker is 101 today and as pretty as the flower she’s named after. She still lives at home and loves playing Trivial Pursuit and going out for Chinese food.”

On less hopeful days I would try to prep myself for her death. I imagined not being able to just go visit her whenever I wanted. I saw myself cooking Thanksgiving dinner without her, playing Trivial Pursuit without a partner, and buying my own shoes. None of it was any good.

When she really died, I wasn’t ready. It took forever for it to sink in. I’d pick up the phone to call her then remember she wasn’t anywhere. I’d start to ask my Mom if she’d heard from Meme and have to stop myself mid-sentence. I was lost. Then she spoke to me.

“Hello darling. I’m still with you”. Her voice like the wind blowing across my face. Just there. That was enough somehow.

One day when I was out for my morning run, I realized she had stopped talking. I turned down my Walkman. Maybe I just wasn’t listening hard enough.

Weeks passed and I didn’t hear from her. I couldn’t remember the sound of her voice anymore. Grief swallowed me up all over again.

One night, I was having the recurring dream about my Grandpa. He’s ambling down a side street in San Juan, wearing his summer hat and a light blue button-down shirt with short sleeves. I’m walking straight towards him. We stare at each other like owls. “Who? Who?” I realize he’s not dead but secretly living in Puerto Rico. That’s usually how the dream ends but this time it goes on and I say, “I’m going to tell Meme on you!” And as soon as I say it, Meme appears behind him and takes his hand.

“I already know, darling,” she says. I am flooded with relief. Then I wake up.

Meme shows up in a dream of her own the next night and the night after that until she is a regular staple of my nocturnal journeys. Having her there is almost like the resurrection that Barbara and I wanted at her burial but without the stench of the dead body. The dreamy visits are even better than the sound of her voice.

Meanwhile, I am obsessing over finding a Waring Blender. My Grandfather always told me that Waring was the Cadillac of all blenders. He should know, he drove a Cadillac. Ravenous for the whir of top shelf blenders, I open the first door. I am assaulted by the plush musk of full-length minks. Perfumed iridescent sheath dresses make rows atop matching spike high heels.

“Meme, you fox, you have a slinky, secret past.”

The second door creaks open with a sour note revealing the stainless-steel base of the Waring blender. Hooray! I’m halfway to mixing heaven.

But more importantly, “Where’s Meme? MEME?” Her name echoes throughout the house.

I want to wake up, but I am consumed by the need to find the pitcher that goes to this blender. The certainty that Michael and I are in desperate need of this appliance keeps my eyes nailed shut.

I am tired and discouraged when suddenly I find myself standing in front of the last door, like a contestant on Let’s Make a Deal.

The door slides open to reveal a lifetime supply of glass blender pitchers.

“Where will I put them all?” I start to get frantic.

“It’s too many. I don’t need these. I don’t want all these blenders…I just want my Meme!”

And that’s when it hits me. Meme isn’t showing up. She’s sent the blenders in her place. Oh Christ. I can’t breathe. I plead with the dream maker.

“You don’t understand, this is the only place she visits me. You have to let her come. I know she’s dead, but I don’t…, I don’t know what to do if she isn’t in my dreams. I need her.”

There is only blackness and blenders.

I wake up kicking and screaming in bed. Michael holds me until I finally stop.

“I’m sorry,” he says as he pulls my head onto his chest. His heartbeat calms me down.

Michael has fallen asleep under me. He whimpers intermittently like he’s dreaming. The weight of me rises up and down with his breathing. I wonder if Meme is visiting his dream. I bet not. She has gone as far away from me as a person can go.

I am not ready to give her up. I search inside the deepest cave of me hoping to find her there. Maybe she has become a piece of my sinew, the thread of all my creative thoughts or the threshold guardian of a thousand lifetimes that I will live. But I want the audio-visual Meme back. Each night I still check the locks to make sure the door is open for her unconditional arrival.