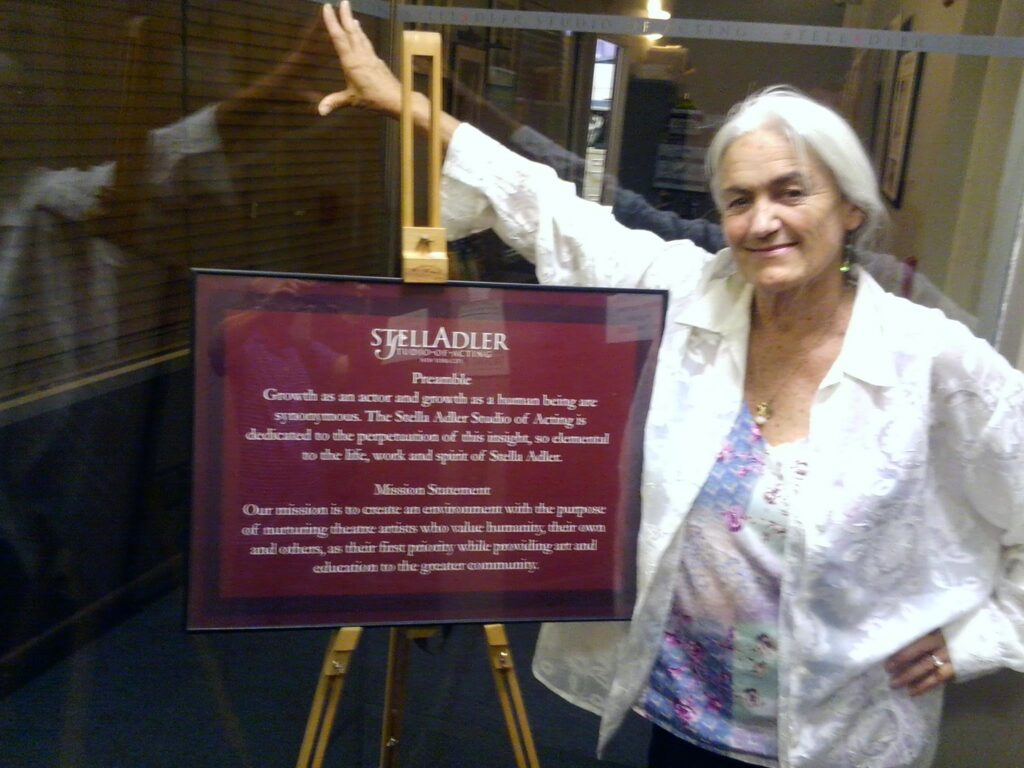 In the fall of 1968, I had just turned seventeen in October and I was a senior in high school in Miami, Florida. Get ready for college time. A recruiter came from Brooklyn and my art teacher, Norma, required that we assemble a portfolio and show it to him, in private sittings. I didn’t want to just study art, I wanted to dance, too, and go to school in Boston where I was born.
But I showed my paintings and drawings to a short, stocky man from “up north.” He slowly examined my work with an unknown knowledge that was foreign to me. But I didn’t care, then. That was it; I left the meeting, got my A for art class and art study hall and was done.

When the letter came the following March that I was admitted to Boston University with a partial scholarship I wept. My father had stood up to the Kennedy White House, creating the first union workers’ insurance policy with dental coverage. Big boys in Washington D.C. hated the man who headed the union. As a result, there was a kind of “witch hunt” against those associated with the union and my father was targeted by the press and he lost his business which had taken many years to build. My family was temporarily slammed and broke. I needed financial help to attend college and the night the letter from Boston came, I got no sleep.

The next day I went into early morning art study in tears to Norma. She looked at the letter (while sitting at her desk,) pushed back her chair and said, “Wait here.” She left the room with her long, solid stride and I sat empty, balanced on an art stool. Dejected, in that cold 60s’ public school art room, I looked up at our paintings and drawings that looked back at me from all over the walls. I was by then, too tired to cry more. But even as I sat alone, I felt warmth from Norma’s love of art and us, her beloved students.

She came back in about 25 minutes by the clock (hours in my bones) from our school office where she’d called the Pratt Institute admissions office in New York City. She looked at me in her continually, inward, triumphant way and said, “Julius Garfinkle remembers your work. He’s offered you a full scholarship with room and board.” Wow, I don’t remember what I did next.

Throughout that day of ringing class bells, and dark hallways and fellow students, I pictured that fortunate meeting with that dear, dear man, Mr. Garfinkle who traveled south to Florida, possessing wise eyes and a heart seeking creativity in the human spirit. So I was going to New York City, wow.

Months later, against my father’s better judgement, (which culminated while chasing me around our pool raising his barbecue pitchfork) he yelled, “You’re not going to New York City alone and that’s final.” But my sister did drive me north in late August in her used copper-colored hatchback Mustang. I remember taking orange wool pants I had sewn, for I’d been told “It was gonna be cold up there.”
Fifty four years later, at 70, I sit here now, recalling the Pratt “motto” – trying to be true to my work, which will be true to me. Researching the fall of 1968 on the internet, I realize Mr. Garfinkle and the Pratt staff had tremendous fortitude. Following student riots in France that year, some Pratt students caused upheaval on campus, resulting in a fire in the print making building. It was the same time he traveled south anyway, looking for young artists.

And I thank founder Charles Pratt who coined the motto and founded the school in 1897. And all the students and faculty since then that have shuffled in and out of those old buildings on that relatively small campus in Brooklyn. So this morning, I’m not doing what other people want, what will make me “successful” or make money. I’m cogitating as my Mum used to say. Been doing that for a few weeks, maybe, who knows, who’s counting, but you can’t rush the Muse.
In moments like this, I also think sometimes, “Pablo?” and I do what I guess he might have done. I think of that filthy cold apartment floor in Montmarte in 1905 where he was really in love with his lover, and his paint brushes and those paint pots mixed on a messy floor next to dirty clothes. (That’s what Picasso’s biographer claimed.) I forget about hanging up my nightgown or getting something else to eat and I go back to work, well I uh, sit at my writing desk, or pick up a paintbrush and wave it in the air, in search of my palette.

I’m trying to hear my inner voice this morning, what the Irish writer John O’Donnahue calls “natural” or my true nature. It’s got me this far, I still have the chance to paint or write, if I can muster the gall, and I am more of my true self, that’s for sure . . . I think.

In this photograph of me, I’m getting ready to perform the role of Sarah Stein in my Off-Broadway play ”HENRI’S LETTERS” in NYC. People say they are proud to know me. The truth? I was exhausted, I lost money I had to borrow, and the “star actor” who requested I turn my monologue into a full-length play (which took 6 more months of writing) did a coo with the cast and talked the producer I paid into taking the dance out of my production (though Ms. Adler’s original artistic statement praised the power of dance.) My knees hurt so bad some nights when I made my one hour+ commute to the basement apartment where I stayed on Staten Island, I was afraid that I couldn’t walk up the hill when the bus dropped me off after midnight. But I still got up at 7 am to walk my dog who missed me terribly and edit script changes and go to Kinko’s early enough to print cast edits and get to the theatre on time.

“HENRI”S LETTERS” tells what it’s like to make art from the artist’s perspective in an historical context. It focuses on the life-long relationship between Sarah Stein (Gertrude’s sister-in-law) and Henri Matisse and their noble effort to open our minds and bring creativity through modern painting to Europe and North America. Was it worth it? You bet your sweet ass it was.

Sarah A. Pletts performs dance/theatre and teaches visual art and modern dance in North America and Europe. Previous venues include the Miami Ballet; the Edinburgh Fringe Festival; the National Theatre – Nice, France; the 2002 Olympics; Monaco for the St. Petersburg Symphony in Russia and on Italian television. Her film “The Phoenix Rises” screened in Aspen on Grass Roots TV; Maine; Monaco; Johannesburg, South Africa and Rome.

Ms. Pletts’ paintings and prints are in private collections in Europe – Belgium, Italy, the Netherlands, London and Wales, and the U.S.A. – California, Colorado, Connecticut, Florida, New York and more. She is also a poet with a BFA from Pratt Institute.